THANK YOU FOR SUBSCRIBING

Sports and the OTT Revolution 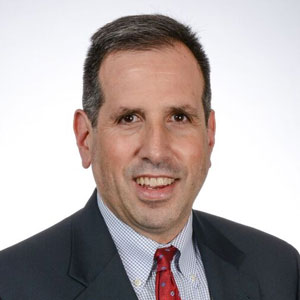 Over-the-top (OTT) video services such as Netflix and Amazon Prime have become an important part of the entertainment ecosystem. These services enable consumers to view programming without a cable or satellite subscription and now offer compelling, original television series in addition to standard movie and TV fare. As a result, some viewers are beginning to “cut the cable cord” posing a potential threat to a business model that has existed for the past 30-plus years.

While the entertainment landscape has been dramatically impacted by the emergence of OTT platforms, video consumption of sports has been less affected to-date. This difference is due, in part, to existing television rights agreements that encumber most major sports properties and largely preclude the distribution of live games via OTT services. However, the recent streaming of the Jacksonville Jaguars vs. Buffalo Bills game on Yahoo may signal the beginning of an OTT revolution in sports. In the short run, this revolution will likely result in major sports leagues offering extensive “ancillary” programming and selected game product via OTT platforms. In addition, emerging/niche sports properties will use OTT as their primary distribution outlet, reaching targeted fan bases that otherwise would be underserved. Over the long run, OTT may fundamentally transform the sports television business, changing the nature of the relationship between the leagues, fans, media companies, and distributors.

The NFL currently has a series of very lucrative contracts with television outlets like ESPN, CBS, NBC, Fox, and DirecTV. In addition, the League owns the NFL Network, which has arrangements with numerous cable and satellite distributors. These agreements effectively preclude a significant number of NFL games to be streamed via OTT services in the short run. Despite these limitations, the NFL has moved creatively to capitalize on the OTT market. Last year, the League launched NFL Now, which provided a wide range of programming from NFL Films and NFL Network via digital devices. Perhaps more importantly, on October 25, 2015, the NFL streamed a live game exclusively via Yahoo, without traditional television coverage (except in the home markets of Jacksonville and Buffalo). According to NFL.com, this was the first time a live NFL game was streamed worldwide via exclusive digital distribution, and more than 15 million unique users viewed some portion of the game. This success will likely encourage the NFL to engage in OTT initiatives over the next few years with the limited game inventory available. More significantly, the Bills-Jaguars game made a strong statement to the marketplace that the NFL is prepared to work with new distributors (e.g., Yahoo) to reach its fans and monetize its content.

This sets the stage for potential new bidders to compete for NFL TV rights, once broader NFL game packages are available in future years.

While the NFL-Yahoo partnership garnered significant media attention, other major sports properties have also launched or announced OTT services over the past two years. Examples include:

WWE: Launched WWE Network service in 2014. Service provides a wide range of live and archival programming, including WWE Pay-Per-View events. Cost is $9.99 per month. According to data released by WWE, the service has more than 1.3 million total subscribers.

NBA: Announced in 2014 that it plans to partner with ESPN on the Network’s future OTT service.

While major sports leagues have benefited from OTT, the emergence of this new, direct-to-consumer platform has also been an important development for companies focused on niche and emerging sports. One such company is FloSports. FloSports provides live video coverage and other content relating to running, fitness, boxing, wrestling, cheerleading, and gymnastics. Many of these sports have not secured significant television coverage. However, with the advent of OTT technology and lower cost production resources, fans of these sports are now able to view unique programming via digital devices and platforms. While some FloSports content is offered free-of-charge, premium subscribers to “FloPro” pay a fee of $19.99 per month for extensive programming. In 2014, FloSports raised $8 million from venture capital firm Causeway Media Partners to continue its growth and development.

FuboTV: Launched in 2015; provides extensive soccer programming, including live games and other content from La Liga, Serie A, Ligue 1, among other leagues. Cost is $6.99 per month.
World Surf League: Provides live and on-demand coverage of surfing, including the WSL Championship Tour, a 21-event series featuring the world’s top male and female surfers. Content is provided free to consumers.

While OTT has not yet fundamentally transformed the sports business to-date, such transformation will almost certainly occur when current TV contracts for major sports leagues expire over the next five to 10 years. As these contracts expire, sports leagues will likely seek additional bidders (e.g., Amazon, Google, Netflix, Yahoo), in addition to the traditional TV media companies. While the traditional TV media companies may seek to retain their sports contracts, it is possible that the prices may be too high. If cord-cutting escalates, the amount of money available to sports media companies from cable and satellite operators may decrease. For example, sports media powerhouse ESPN currently receives more than $6 per subscriber per month from cable and satellite distributors (and there are approximately 100 million cable/satellite homes in the U.S.). If the number of cable/satellite subscribers declines significantly over the next 10 years, this will create a profound challenge to the current sports ecosystem, especially for media companies and cable/satellite distributors. On the other hand, it is possible that top leagues and rights holders will benefit from this transformation. These Leagues may be able to maximize the value of their television rights across a broader array of bidders and may even choose to self-distribute via OTT. As for fans, they will almost surely have access to an increasing breadth of content. The key question for these consumers is whether such content will come with a much larger price tag.

Sales Overnight Brand Over Time: How Sweetwater Unlocked the Power of YouTube

Consumer First. The Advertising of Tomorrow.

Breaking Down the Key Programmatic Advertising Challenges Faced by Brands

Copyright © 2022 mediaentertainmenttechoutlook.com All rights reserved | About Us

However, if you would like to share the information in this article, you may use the link below: